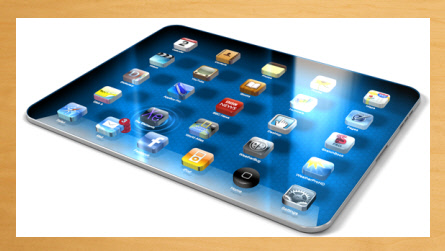 Just as the Consumer Electronics Show was winding down in Las Vegas, Bloomberg has three people claiming they have intimate details about the Apple iPad 3. Among the “unconfirmed,” yet tangible rumors, is that it went into production this month with a launch coming in March. It will have a quad-core CPU (as opposed to the dual-core A5 found in iPad 2) as well as a “high-def” screen. The new display is capable of greater resolution than the current version, with more pixels on its screen than some high-definition televisions. The introduction of the new iPad will be Apple’s first major hardware release since the death of company co-founder Steve Jobs in October.

This Sunday July 24th at Wet n Wild Hawaii. Del Beazley & Noah Campbell and Maunalua. Starts at 5:30. Tickets available at Wet n Wild Hawaii. #sunsetconcerts
“Hamilton in Hawaii” Honored to be at the media event for Hamilton with my daughter Ashlyn. Q&A event with DeAundre Woods (Alexander HAMILTON) Morgan Anita Wood (Eliza HAMILTON) & Jeffery Seller (Producer) Tickets to the revolutionary Blockbuster musical of HAMILTON go on sale tomorrow at 10am (7/21/22) @broadwayinhawaii or Ticketmaster dot com Nice to meet DeAundre & thank you for the picture! Me and my daughter had fun. And look forward to the show starting Dec 7 for an 8 week run. Thanks to @jacksoninkmedia and @ryaneatshawaii for the invite. #andpeggytour #broadwayinhawaii #hamiltonhawaii #hamiltonmusical
To Dye For
Anyone know what kind of fish this is? It had wings!!!
Did someone say Dior? #dior #maskgameonpoint #streetzblog
Diagonal Silver 3m peeking thru. 2 more hours and these will be done. Way ahead of schedule for Halloween 👻 2022 #ghost #wemakepants #halloween2022🎃👻🕷️
Follow Advertising In Hawaii on WordPress.com