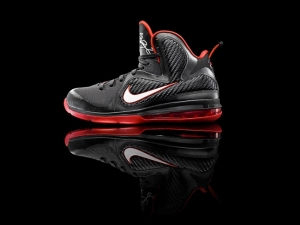 Today is the first Day of the “New Look” of Advertisinginhawaii.com, in honor of it, we aren’t going to do a blog about advertising.  Today is just a Blog listing the Newly announced NBA All-Star Starters for the NBA All Star Game on Sunday February 26, 2012.  I’m just making sure that posting posts and pictures works and I like the NBA All-Star Game a lot! I usually watch it 3-4 times on my DVR! Sorry-I don’t have pictures of players, all the player pix I nabbed from the net were “not allowed” to be uploaded on the blog, so we have a picture of one of Lebron’s shoes.  Anyways:  Here’s the 2012 NBA All-Star Starters!

Happy Aloha Friday #alohafriday #honoluluzoo
Happy Air Max Day 2021 I’m way more of a Jordan sneakerhead But I do have one pair of Air Max’s from Dover Street Market. Comme Des Garçons deconstructed with 3m highlights. #hawaiisneakerhead #cdghommeplus #airmaxday2021
Happy Aloha Friday! #alohafriday🌺 #alohafridayvibes
“Big Blue Crush 2021” Suppose to be 50 foot waves. Maybe? Not sure but it was too Big to surf Pipe. Zero surfers out today. All at Waimea Bay where there were some Marley Knarley waves & Wipeouts. Fun to see and wow so many people! Mahalo to @justkimo for the Best Quesadillas ever. #northshorehawaii #bigwavesurf #streetzblog #streetzhi
“Day 9” have some catching up to do. Good news is we are donating over $120 to Salvation Army Hawaii. 12 Days of Christmas Trees and Kicks. Tree is from Royal Hawaiian Shopping Center 2020. Kicks are Jordan 1 Orange Gatorade’s #kicks #trees #streetzblog
Follow Advertising In Hawaii on WordPress.com